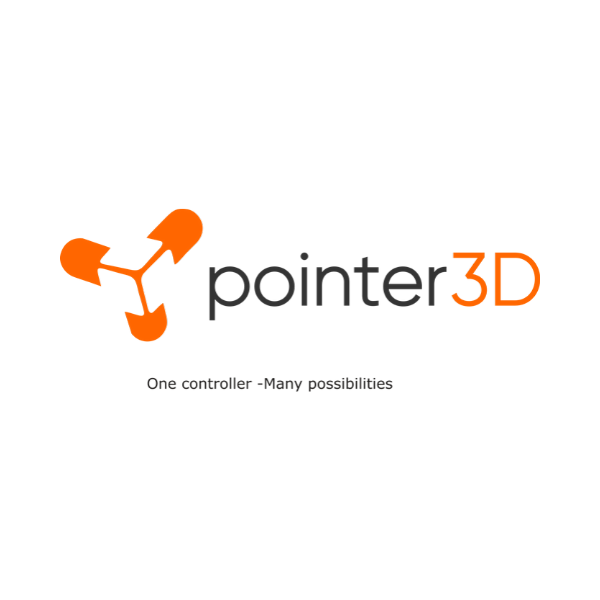 Pointer3D is a new project. We want to create a new controller in which we can fast and precisely reproduce movement in 3D space on a computer. It is based on the innovative technology of ultrasound Doppler shifts.

It consists of a pen (where is en emitter) and stand where is the frame with ultrasounds receivers. The receivers could be placed in an independent stand or mounted in corners of for example interactive boards, laptops or tablets. When we move the pen, we can create or manipulate 2D and 3D objects in computer space. The emitter in the pen is constantly monitored by these receivers. It let us operate almost in real-time. The latency is 0.01 seconds. It is like the best device on the market. It can help to work without lags or fast react. Pointer3D is also more precise than other similar devices. It detects position changes of 0.01 mm. Pointer3D can be connected to any mobile device. We assume that it will not be expensive to produce.

There is a lot of different applications for Pointer3D. You can use in modifying graphics and models 3D. There could be also application as controller (for game, VR, instead computer mouse). Pointer3D could be also used in education and medicine. It could be a diagnostic tool in Parkinson measuring hand tremors or as way of communicating for people with reduced mobility.

Pointer3D is branded by Knoocker startup. Pointer3D is the only such solution in the world and it invented entirely by the creators of Knoocer.

Pointer3D is planned that it will go on sale by the end of 2021. For now, tests and modifications of the project are being carried out. It will be also presenting on few international conferences.

For more informtion you can contatct us. We are planning it to be fast, precise, connected to every devices and cheap.

Like you can see above, Pointer3D is more precise, faster, cheaper than other similar devices. Computer mouse is not adapted to work in 3D space. With Pointer3D we can manipulate modeling object like in real world.

There are others devices like kincet, HTC VIVE and others (based or not on ultrasounds). With them we can work on the computer 3D space and manipulate object. They don’t have all of this features in one device. This innovative technology make Pointer3D only such device in the world.

Instant access to personalised holistic care for people living with ...