Laser engraving involves using a concentrated laser beam of light to etch or carve a text or design onto the surface of a hard object. Ancient man engraved stones to honor their rulers and gods as long as 500,000 years ago. ...

In modern times, most engraving is done using computers and laser etching machines that remove material from the surface using laser light to vaporize the unwanted substance.

One of the most important ways that laser engraving is used today is by personalizing merchandise that's sold to the public. The popularity of laser engraving continues to grow as laser printer manufacturers continually report steadily increasing sales.

One of the major reasons for laser printing's popularity is that businesses dealing in the field of personalization have begun to realize that laser etching machines provide a large opportunity of increasing productivity, expanding product lines and therefore increasing profits. 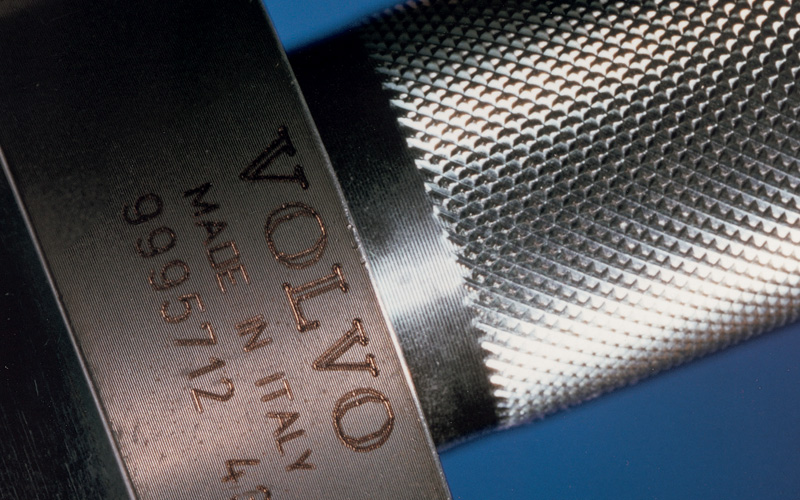 Another reason that laser engraving is becoming popular is that it allows business owners to move into other markets. Originally laser printing was traditionally done in the awards industry but recent technology has expanded their role into signage, woodworking, fabrics and apparel, architectural model making and many other industries. Newer users include artists, schools, promotional product vendors and countless others, and the list continues to grow each year.

The versatility of laser etching machines allows both new start-up companies and existing businesses to expand their product lines and often increase their profit margins as well. Meanwhile, current laser equipment prices have not risen appreciably and lower cost machines are beginning to hit the market creating many new and innovative uses.

There also has been an increase in demand for larger laser engraving machines with higher power so the engraving process can be done faster than before. Even though more powerful machines invariably cost more, the costs of manufacturing have not increased. Most increases are due to machines becoming larger with more powerful laser wattages. In addition, many equipment manufacturers are beginning to manufacture their own C02 laser tubes allowing for lower replacement costs and more flexible equipment warranties.
Additional accessories are also being offered for lines of equipment that are currently being used. As an example, optical recognition systems are now being produced that usually work with a camera that enables registration marks to be recognized. Once read, the information is sent to the computer to allow precise registration and for the laser to cut each image out accurately.

First-time purchasers of lasers are initially impressed with the user-friendliness and versatility of the equipment. Lasers are easy to use, and fast, especially compared to rotary engravers. And laser's flexibility gives them the ability to create detailed images and even photographs.

The most profitable markets for laser engraving in the future will most probably be personalization and customization. When a printer can take a customer's vision and bring that vision to life by turning it into an engraved item, the customer's personal connection becomes a much stronger bond and higher profit margins can be the most obvious result.

Laser engraving appears to have a bright future. Equipment sales continue to grow and new technologies along with software enhancements are helping to broaden the available equipment choices. Ancient man would have a hard time understanding how much has changed in engraving techniques and the future may be brighter than ever with newer and more modern laser engraving techniques.

Erryn Deane
Erryn is the digital business manager for The Needham Group of companies, with a wealth of knowledge in laser marking systems, amongst many other things, he has decades of experience in online development, business analysis and management. In his spare time, he likes to find out how things work and looks to improve them, from vehicles to electronics or even musical instruments.

The Markdown Note-Taking For ...


The Ultimate Guide to Setting Up A Manufacturing Startup

Not so long ago, creating a manufacturing business was quite a hassle. There wasn't much innovation meaning the cost of ...

It is normal for any rap artist to dream big and hopefully someday join the likes of Dr. Dre, Eminem, ...


6 Simple Ways to Get Customers from Social Media

The digital shift has brought about a lot of opportunities ...


How Can You Ensure The Success Of A Construction Startup Business?

One of the most lucrative businesses to be in today ...